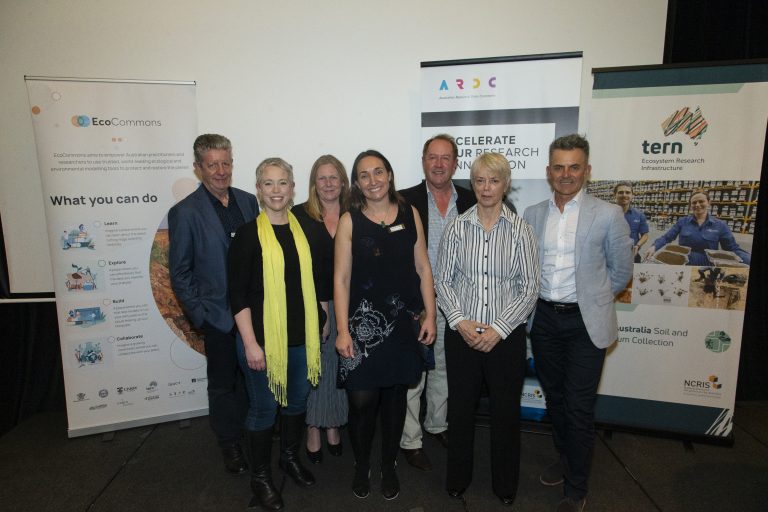 A world-first data analysis platform launches today which will transform the ability to understand the impacts of the climate crisis on native species.

EcoCommons is an Australian-built digital innovation platform that will simplify the use of data and analytics to pave the way for faster environmental breakthroughs and help protect and restore Australia’s natural world from an unsustainable state of decline.

The platform can be used to help conserve Australian native species by identifying where plants and animals live now and where they may live in the future, where their habitat is and when it might disappear, and how they will respond to a changing climate.

This informs the plans we can put in place to mitigate predicted impacts such as identifying a location for a new reserve.

In the past, decision-makers, government professionals and researchers faced a number of issues when attempting to find answers from huge amounts of environmental data hosted in thousands of different places.

In Australia, there is an absence of suitable tools to address ecological and environmental modelling challenges while technical barriers, including the need for coding skills and powerful computers, meant it could take months or years to analyse data.

EcoCommons breaks down these barriers by bringing vast amounts of data together into one platform with simple-to-use tools that quickly generate meaningful information about the environment, and lead to solutions to enviro-socio-economic problems.

Professor Brendan Mackey, Director of the Griffith Climate Action Beacon at Griffith University and one of the experts behind EcoCommons, said: “The EcoCommons platform provides previously unavailable capacity for a wide range of researchers and practitioners to investigate how climate change is impacting our native plant and animal species, allowing us to help protect our environment.”

This kind of information produced by analytical models could then be used when, for example, setting fisheries targets and regulations, or planning for their protection during their migratory journeys.

It is also likely that climate change will impact migratory species and these kinds of models could be used as the foundation to predict future migration patterns expected under climate change.

RICF funding has enabled an expansion of the IMOS Animal Tracking Facility in Queensland and this demonstrates the increased science impact from the Queensland Government’s investment in critical and collaborative research infrastructure in NCRIS facilities including QCIF and IMOS.

Rosie Hicks, CEO of the ARDC, EcoCommons’ major partner, said: “The ARDC is thrilled to see the launch of EcoCommons, a superhighway for researchers and decision-makers that shortens the time from question, to answer, to decision. We commend the team for creating a world-class research infrastructure that has been engineered for redeployment.”

EcoCommons is free to use by the Australian researcher community. It launches today (29 November 2022) at the ESA-SCBO 2022 conference.

EcoCommons Australia received investment (https://doi.org/10.47486/PL108) from the ARDC. The ARDC is funded by the National Collaborative Research Infrastructure Strategy (NCRIS).

QCIF provides high-quality eResearch infrastructure, services, training and support to researchers in all domains to help them achieve excellence in the use of data-centric computation and data-intensive tools and technologies.

QCIF collaborates with its Members, partners and industry to support research, development and innovation activities throughout Queensland and nationally via Commonwealth programs.

Our mission is to accelerate and strengthen R&D and innovation across Queensland through a broad-based application of high-performance computing, large-scale data management and data science.

TERN Australia is funded by the Australian Government, through the National Collaborative Research Infrastructure Strategy, to monitor Australian ecosystems. TERN measures soil, water, carbon, vegetation and other biodiversity across the country using satellites, drones, on-ground sensors and field crews, and makes the data and samples freely available to benefit decision making and research.

CEBRA provides strategic thinking and practical solutions across the biosecurity continuum of pre-border, border, and post-border activities. CEBRA plays a vital role in assisting the Australian and New Zealand Governments to remain at the forefront of biosecurity risk analysis by providing collaborative, relevant and practical research outcomes and strategic advice for biosecurity risk assessment, management, and communication.

CSIRO. Unlocking a better future for everyone.

The Atlas of Living Australia (ALA) is a collaborative, digital, open infrastructure that pulls together Australian biodiversity data from multiple sources, making it accessible and reusable. ALA is funded by the National Collaborative Research Infrastructure Strategy (NCRIS) and is hosted by the Commonwealth Scientific Industrial Research Organisation (CSIRO).